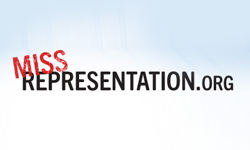 MissrepplaceholderThose simple words by Miriam Wright Edelman tell much about the media’s misrepresentation of women, a reality that has led to the underrepresentation of women in positions of power and influence. The documentary Miss Representation was shown Thursday night in Des Moines—thanks to the Junior League of Des Moines, Principal Financial and Farm Bureau Financial Services. I simply don’t know where to begin; I fear I’ll type the world’s longest blog. There were so many powerful messages, and Ms Edelman’s quote is just one of them.

The 90-minute film powerfully presents the media’s limited and often disparaging portrayals of women and girls. It explains why it’s difficut for the average woman to feel powerful and for women to achieve leadership positions. Quite simply, in a society where the media dominates in shaping what’s acceptable, the message is that woman’s value and power lie in youth, beauty and sexuality. It’s about the body and not the brains; that message is everywhere.

American teenagers get 10 hours and 45 minutes a day of media consumption (watching TV, listening to music, reading magazines, online). What role models do they see in celebrities with perfect bodies playing TV and movie roles that diminish the power of women? Do they hear lyrics degrading to women? Are their magazines loaded with super thin models—typically digitally manipulated to create an impossible body—and messages domainated by revealing clothing and the need for beauty products.

While women have made strides in the past decades, we’re still the minority on corporate boards; we’re still making less than men for the same work; we aren’t gaining parity in our state and national legislative bodies; heck, the U.S. is 90th in the world for women in national legislatures. Why aren’t we leading? As Miss Representation points out, we’ve gotten the message: we aren’t enough. And we’ve living with that belief.

With women holding only 3% of the clout positions in mainstream media, it’s not going to change unless we do. The film’s take action page tells what each of us can do. And here’s something very simple that Terry Hernandez, The Chrysalis Foundation, mentioned in the discussion after the film: When you’re in the presence of a young girl, talk to her to show her that she’s valued as a person. Leave “you’re so cute” out of it; engage her brain and applaud her for her knowledge. Remember: women can be women’s biggest critics, and the same thing goes for girls. Give yourself and other females a break.